The Library has a large collection of reference works, most of them in electronic format. Discover relevant encyclopedias, handbooks and companions through a search in the Articles & more file of the Library's catalog. Simply limit your search results to Reference under Format.

A Companion to American Women's History
Published in 2005, the companion covers the breadth of American women's history in 24 original essays written by experts in the field. It includes an exhaustive bibliography. Includes chapters on slavery and the slave trade and civil rights and Black liberation.

Women and Slavery: The Modern Atlantic
Volume 2 of 2 covers the modern Atlantic world and includes a collection of essays by leading authorities in the field such as the essay on “Re-modeling Slavery as if Women Mattered” by Claire Robertson and Marsha Robinson and another one entitled “Domiciled, and Dominated: Slaving as a History of Women" by Joseph C. Miller.

Macmillan Encyclopedia of World Slavery
This comprehensive encyclopedia on world slavery remains an important source of information. The editors are both authorities on slavery. Available in print only.

Books are an important source of critical literature. Take advantage of the search options available in the library's catalog. Start with a keyword search and use the hyper-linked Library of Congress subjects to focus your search results. Alternatively, use available facets such as topic and language to narrow search results. Subject searches can significantly increase or decrease search results.

Falvey Book Search
Discover records of all print and e-books available at the Library. Books that are currently checked out can be requested through E-ZBorrow or interlibrary loan.

Oxford Bibliographies (Oxford University Press)  Tutorial
Presents peer-reviewed, annotated bibliographies and expert commentary on current scholarship in selected disciplines. Includes among others African American Studies, Atlantic History, Islamic Studies, and Latin American Studies.
A tutorial for this resource can be found at: https://www.youtube.com/watch?v=1myXLJZGPwM
JSTOR
Includes books and journal articles. This is only a small subset of what is published on any topic, but everything is available in full text online.

The Library subscribes to a large number of history journals. Use the E-Journal Finder or the Articles file in the Library's catalog to look for known references. Request articles from journals that are not part of the Library's collections through interlibrary loan. The Library's blue Findit button serves as a bridge to the full text.

America: History and Life (EBSCO)
Indexes the literature covering the history and culture of the United States and Canada from prehistory to the present.

GenderWatch (ProQuest)
Indexes scholarly journals, magazines, newspapers, newsletters, books, conference proceedings, dissertations, and reports in many disciplines on topics relevant to gender studies. Provides a historical perspective on the evolution of the women's movement and changes in gender roles.

Here is a selection of digital archives. Visit the online Primary Source Research Guide for a comprehensive list.

America's Historical Newspapers (Readex)
Includes full text of selected early American newspapers published between 1690 and 1922. Villanova University has access to series 1 through 5 and 7.

American Periodicals (ProQuest)
Provides access to the full text of American magazines and journals published from the colonial period to the early 20th century.

Gerritsen Collection of Aletta H. Jacobs (ProQuest)
Features digital copies of books, pamphlets and periodicals related to women's history in general and the movement for women's rights in particular. Coverage is international and extends from the middle of the 15th century to the middle of the 20th century.

Chicago Manual of Style Online, 17th ed.
The 17th edition of the Manual is the most current. The online version includes a Citation Quick Guide with examples. The Library's website offers a short introduction and overview to the Notes and Bibliography System commonly used in the humanities. 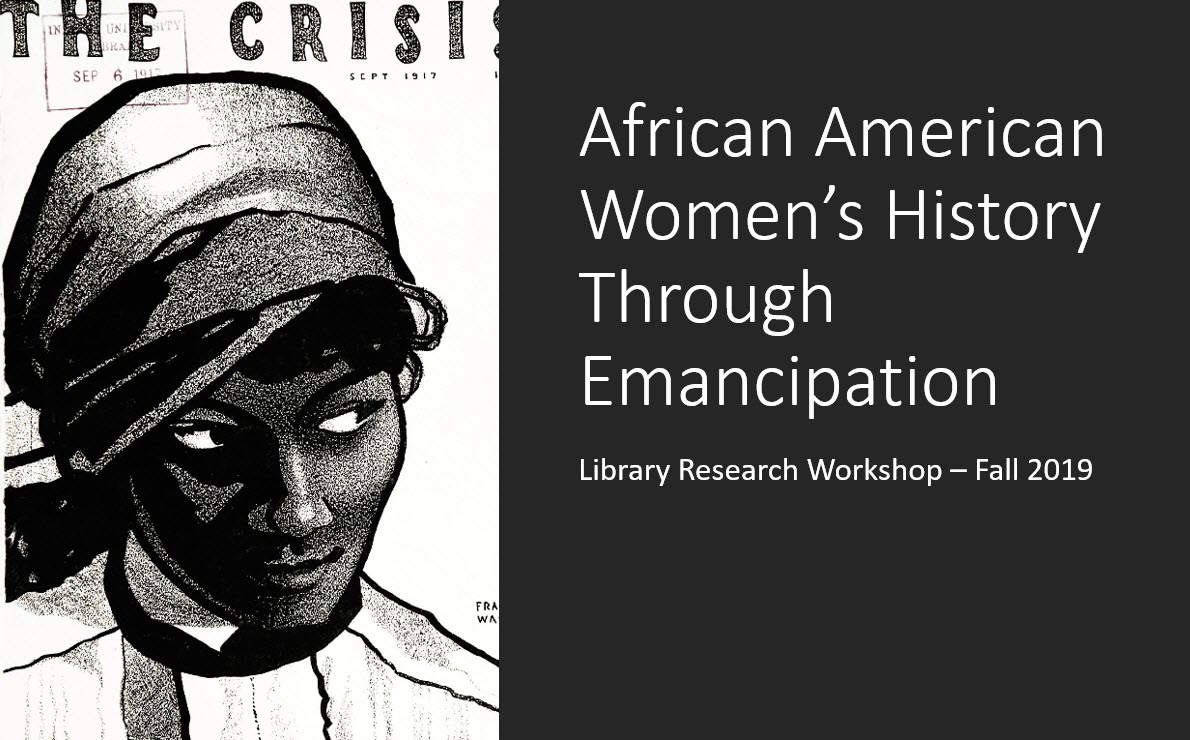