Skip Navigation
This is an ARCHIVED page. The content on this page may be out of date.
You are exploring: Home > Research Services > Course Guides > Workshop: Mapping Demographic Data with Social Explorer > Key Terms

Decennial Census (U.S. Census Bureau)
"The U.S. census counts each resident of the country, where they live on April 1, every ten years ending in zero. The Constitution mandates the enumeration to determine how to apportion the House of Representatives among the states." This is the U.S. Census Bureau information page on this survey. Villanova users can access data from the survey through Social Explorer.

American Community Survey (U.S. Census Bureau)
Information page from the U.S. Census Bureau. Villanova users can access these data using Social Explorer. The socioeconomic, housing, and financial information that used to be collected with the Decennial Census Short Form is now provided by the American Community Survey (ACS), since 2005. The 2010 Census shows the number of people who live in the U.S. and the American Community Survey shows how people live. The ACS is a sample survey of roughly 2.9 million households; therefore the data are estimates with a margin of error. Thanks to Penn Libraries' U.S.Census guide for this description of the ACS. The ACS provides period estimates. That is, it estimates average characteristics of people over 1-year, 3-year, and 5-year periods, rather a point-in-time estimate like the 2010 Census. Data availability depends on the population size of the geographic area of interest. Smaller areas, such as block groups, are only available in 5-year estimates.

Complete Surveys & Programs of the U.S. Census Bureau
A complete list of the surveys conducted by the U.S.Census Bureau related to social, demographic, and economic data, with links to descriptions of each one.

Census tracts are "relatively permanent statistical subdivisions of a county…population size between 1,200 and 8,000 people, with an optimum size of 4,000 people": 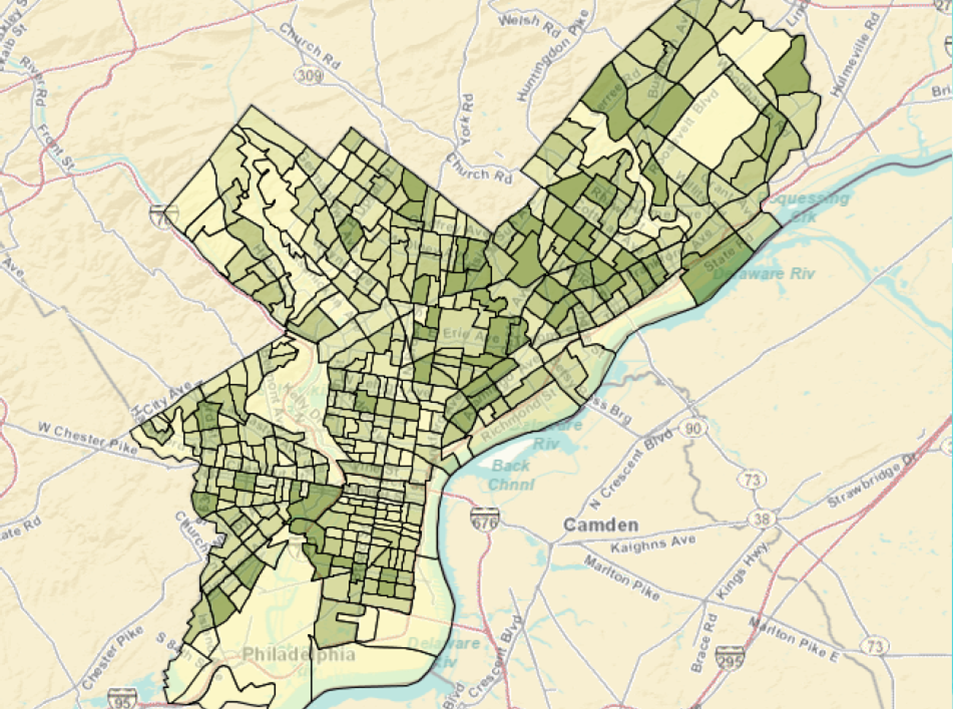 Census block groups are “generally defined to contain between 600 and 3,000 people”: 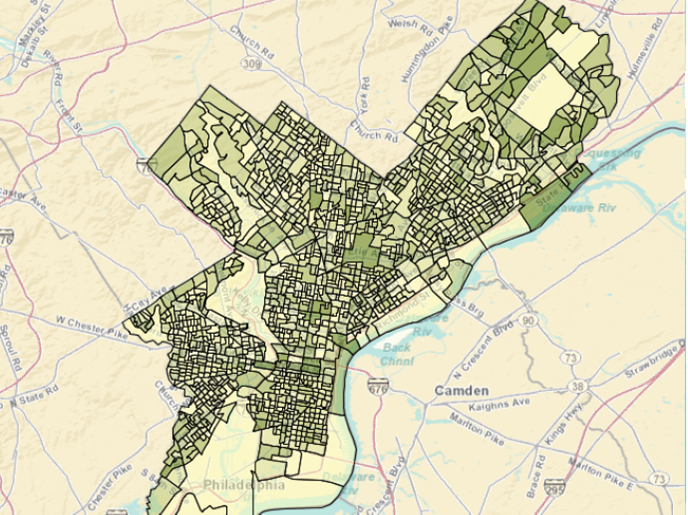 Census blocks are the smallest census areas, generally defined by natural or political boundaries. They may or may not contain any population: 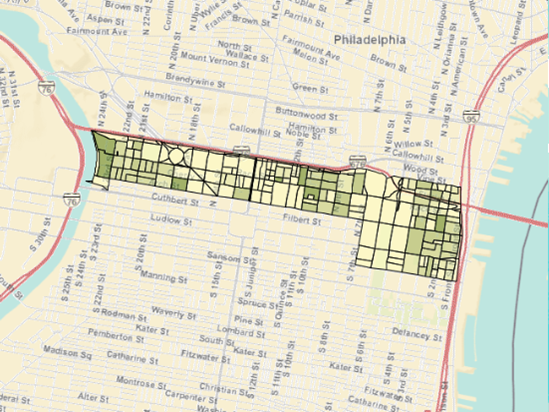 "Census geographies can be legal, statistical or administrative areas.  Legal areas are political entities that exist outside of the census, such as states, counties, or cities. States and counties are almost always the same from year to year, while city boundaries may change. Statistical areas exist solely for tabulating data; they include census tracts, block groups, and blocks. Statistical areas are revised every ten years to reflect changes in the population. Administrative areas exist to deliver services; examples include school districts, voting districts, or ZIP codes." (Penn Libraries, 2018) 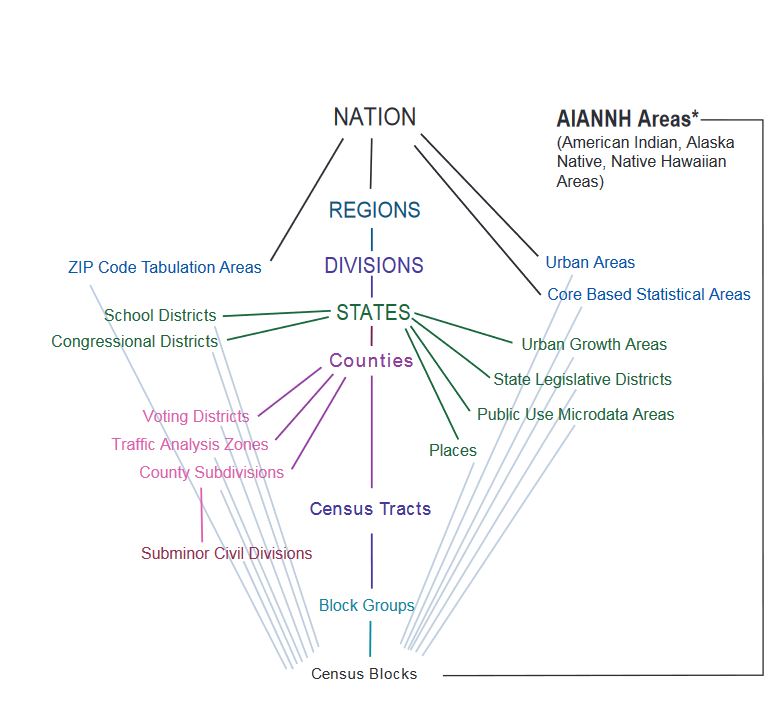 Full definitions from the Census Bureau for each term