Citations to Plato follow the Stephanus numbering, after a standard edition of his works that was assembled during the Renaissance. Stephanus numbers can be found in the margins of most editions.

To cite a passage, you need to give the name of the dialogue, as well as the Stephanus page and page section on which it appears:

Since passages frequently take up more than one page or page section, you may need to indicate a range. The following citation is for a passage from the Sophist beginning at 227c and continuing to 227c:

In-text citations in MLA style may exclude the author’s name and/or the name of the dialogue if they appear in the sentence itself. In that case the Stephanus pages may appear by themselves in the parentheses:

In Plato’s Phaedo, Simmias offers an argument against Socrates’ view that the soul is immortal, in the form of an analogy with the lyre and the harmony it produces (85e-86d). 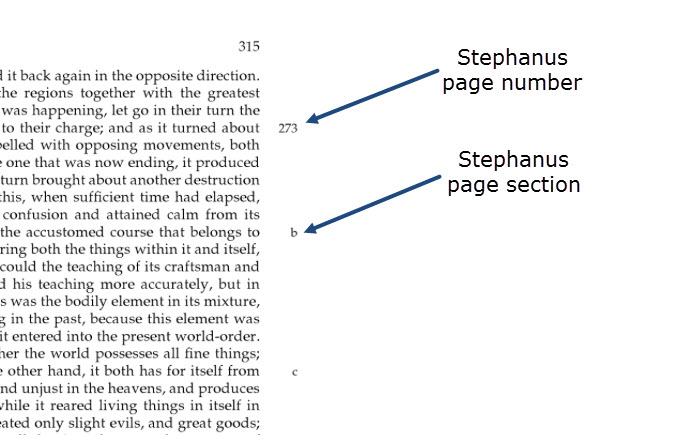