This guide introduces tools and strategies for working with historical and current newspapers and magazines. It recommends best practices and outlines common problems. It also includes a list of newspaper and magazine archives available to the University community. Use the menu on the left for navigation.

Newspapers and magazines are a remarkable source of political, social, cultural, and economic commentary on people, events, and everyday life. They are broad ranging but also full of minutiae. Thanks to extensive microfilming and digitization projects they are often easy to access. Their regular publication schedule guarantees coverage of most, if not all, major events. Newspapers and popular magazines document most aspects of daily life through news, advice columns, letters to the editors, personals, legal notices, recipes, advertisements, and more. 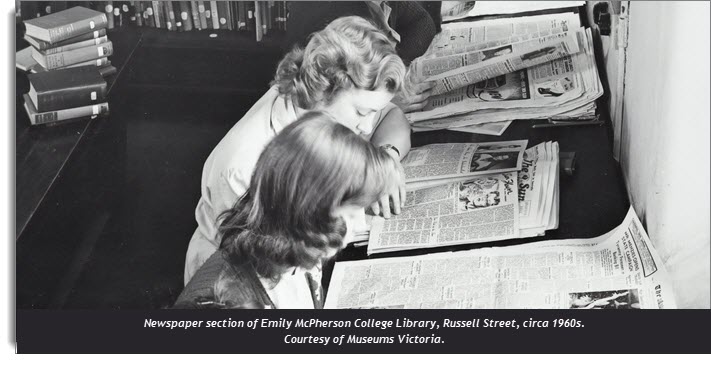 Working with digital archives of newspapers and magazines resembles traditional research in brick and mortar archives. The source presents itself unfiltered to the reader without scholarly annotations or commentary. It is the reader’s responsibility to discern the context of the source material. Additional research may be necessary to identify the owners of a newspaper or magazine,  their agenda, and their target audience. Scholars may also be interested in learning more about the layout and placement of an article. Much of this information can be gleaned from the newspaper or magazine itself. For example, the editors of Freedom’s Journal, the first African American owned and operated newspaper published in the U.S., laid out their intentions in the inaugural issue of their paper as follows:

The peculiarities of this Journal, render it important that we should advertise to the world the motives by which we are actuated, and the objects which we contemplate. We wish to plead our own cause. Too long have others spoken for us. Too long has the publick been deceived by misrepresentations, in things which concern us dearly, though in the estimation of some mere trifles; for though there are many in society who exercise towards us benevolent feelings; still (with sorrow we confess it) there are others who make it their business to enlarge upon the least trifle, which tends to the discredit of any person or colour; and pronounce anathemas and denounce our whole body for the misconduct of this guilty one. (Freedom’s Journal, March 16, 1827, p. 1, Accessible Archives)

Crowd-sourced Wikipedia articles about individual newspapers and magazines are a convenient and helpful starting point. They typically cover publication history and political agenda as well as target audiences and the availability of digital archives. See the Wikipedia article for Freedom's Journal for example.

This work is licensed under a Creative Commons Attribution-NonCommercial 4.0 International License.